We were making copies using the ditto machine in the teacher’s resource room of our school.

When the teacher’s aide – we kids called “slap jaw” – walked through the intoxicating fumes of the duplicating solvent to talk to us.

She asked us where we were going to high school – we both replied Sullivan. She pulled out her copy of the Gale Echo – our school’s yearly black and white booklet and opened it to the centerfold exposing the pictures of the graduating 8th graders.

Slap jaw thrust the paper and a pen towards me and asked me to autograph my light-greyish picture, saying I would be famous one day.

You were standing next to me, my sister, my desk mate in our “gifted” class, my friend for as long I could remember, our fate sealed by our shared initials R-F-R, your dark-greyish picture next to mine. 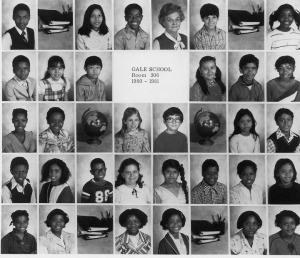 I remember looking at her, looking at you, then looking at her again. Perhaps I had a stupid smile on my face, thinking she just forgot, a simple oversight, she was an old white woman.

I remember that pause – that moment it took slap jaw to realize she should ask for your autograph too, but it was too late. She exposed our differences.

Freshman year of high school, I was labeled white for the first time. I’m not white. I’m a child of immigrants.

I played basketball in high school.

We played all-white suburban schools outside Chicago. We played all-black south and west side schools in Chicago.

To some, I looked more like suburban white than south side black. 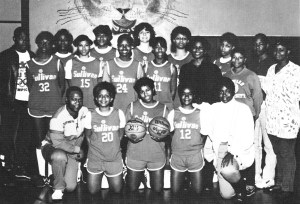 When I fell in love with a black man from the west side, he told me I wouldn’t be accepted by his people. To his family, friends, and neighbors, I was white.

I remember feeling my love is no different.

In high school, I labeled myself a half-breed – something I heard or read someone call a Native American whose parents weren’t both Native.

30 years later I received my AncestryDNA® results. I remember looking at the colored blobs over parts of the globe where my people came from.

The European continent was aglow in a rainbow of blobs.

90% of my DNA is European Mutt, my ancestors traversed the lands from Spain east towards Poland, from Scandinavia, south to Italy and Greece.

The other 10% comes from the continents of North and South America, Africa, and West Asia (the middle east).

The complicated mess of my DNA is a result of wars, colonization, slavery, revolutions, migration, immigration and everything in between.

My DNA unites, rather than divides.

I may not look like you. Our phenotypes make us look different to each other. But when we look inside we will find our similarities.

2 thoughts on “How we divide”